Learn about the history of our work

Queen of Peace Residence opened its doors to senior Residents in February 1970, a newly constructed and modern home for the elderly. The Residents who filled its halls and rooms on that February day came from two existing homes: St. Augustine’s Home (Brooklyn), the first home established in the US by the Little Sisters in 1868, and Sacred Heart Home (Manhattan) which opened in 1870. Sr. Irene, who was assigned to work with the men at Sacred Heart Home, described the day the Residents moved, “they had ambulances and busses lined up for everyone. There were volunteers, Sisters and novices to assist so that every Resident had a companion. And when one of the busses broke down, the local firemen came to transport the Residents." 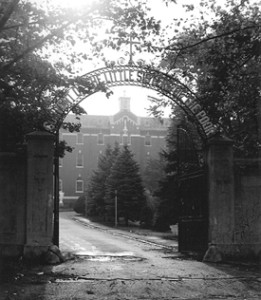 They left behind large dormitories where there were ten to fifteen beds per room. In their new Home only three shared a room. A true palace! Resident care at Queen of Peace has evolved and changed since that time. With the focus on creating a real ‘Home’ for the elderly Residents and providing individualized care, each Resident now has a private room, furnished according to his or her taste, and a private bath. In every detail, Queen of Peace is designed to be comfortable and homey; but it is the joy and love shared by the Little Sisters, Residents and staff that makes it a real home. 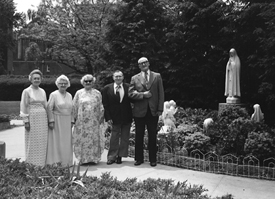 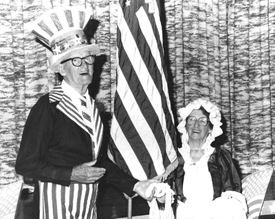 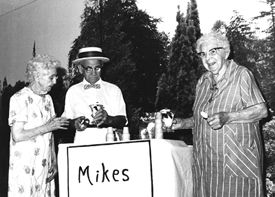 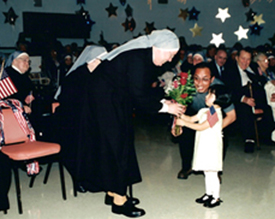