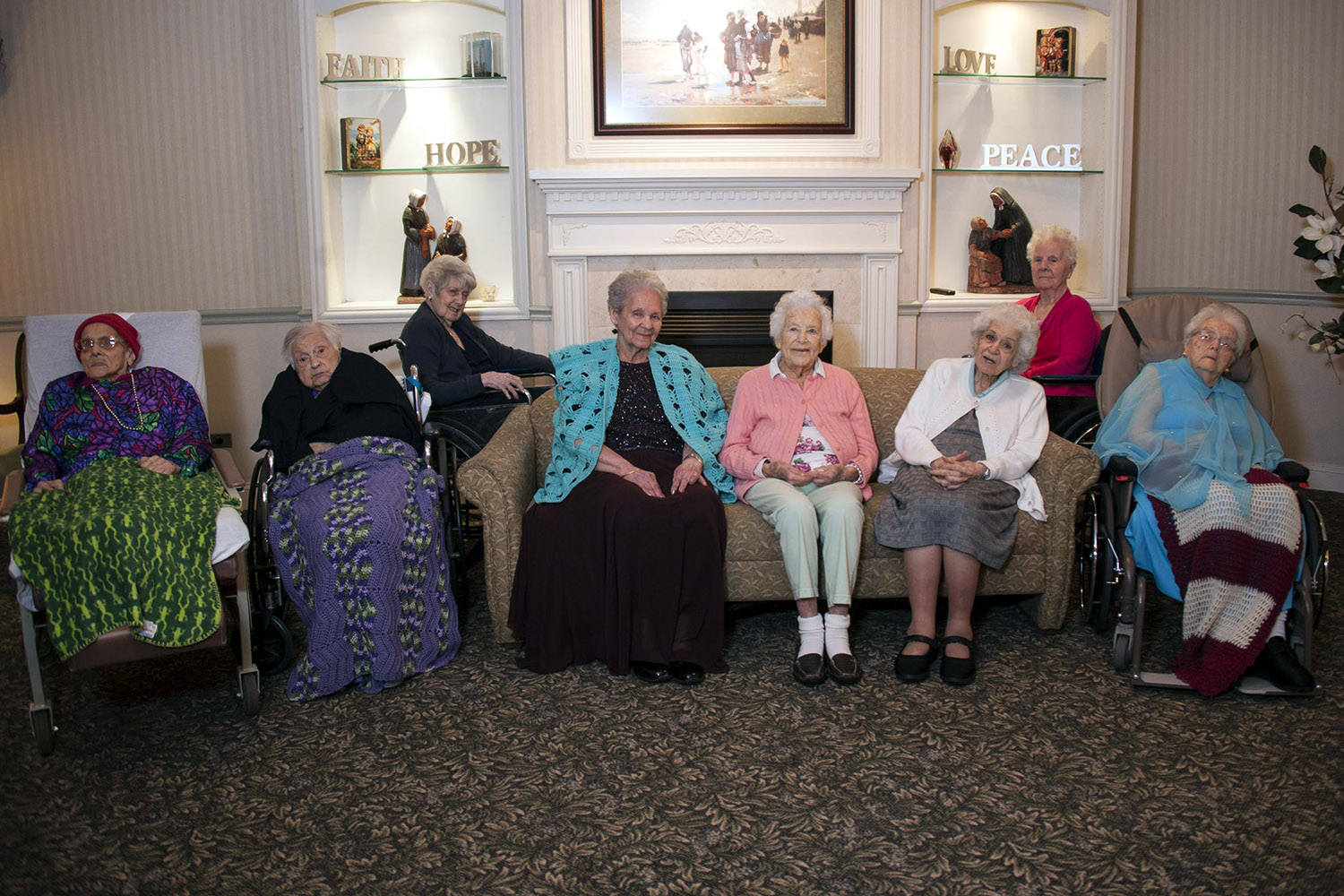 There must be something in the water. By the end of the year, 10 percent of the residents of a church-affiliated Queens Village nursing home will be 100 or older. The eight centenarians will be the most ever at the Queen of Peace Residence in its 45-year existence, and members of the exclusive club shared with The Post the secrets to their longevity.

“I eat pureed prunes every day. Maybe that has helped me live longer,” offered Beryl Netto, who will be crossing the century mark this winter.

“Take care of yourself. Exercise is the main thing,” she advised. “I still try before bedtime for about a half-hour, I do leg-lifts and work my arms.”

Mary Francis Carruba, who is turning 100 this fall, said overachievers have it all wrong.

“I was always a lazy bird. That’s the secret to living longer — be lazy,” explained Carruba, who said she’s never had a job.

“We have a good living here. They give us attention — and they have good food,” she said. “I like to eat everything and it shows.”

At 103, Rita Driess is the home’s reigning centenarian, edging out Teresa Galati, also 103, by a few months. Next are Amalia Acevedo and Mary McQuade, both 100. Like Carruba, Agnes Russo and Jeannette Clark will be hitting 100 in the fall. The golden girls occupy their time with arts and crafts, dominoes and bingo. They’re huge fans of game shows, such as “Jeopardy!” and “Wheel of Fortune.”

“They usually take a nap in the afternoon,” noted Mother Superior Celine Therese, who runs the nursing home for the Little Sisters of the Poor, an order of Catholic nuns founded in 1839.

The five-story nursing home has 80 residents, 17 of them are men.

“The women must have outlived all the men,” she said.

Click here to read the original article posted on NYPost.com >>