To commemorate Mother General’s first visit to the United States, the show opened with a parade of some of the “living symbols” of the United States and New York, i.e., Uncle Sam and the Statue of Liberty, along with portrayals of historical religious figures from New York City such as St. Elizabeth Ann Seaton, Mother Cabrini and Venerable Pierre Toussaint. The flag-waving parade into the auditorium was to the song “New York, New York” with a special stanza dedicated to Mother General. The last religious figure to be introduced was Fr. Ernest Lelievre, the tireless associate for the Little Sisters, wonderfully played by our own Luis Moran.

The show continued with song and dance performances, which highlighted the great diversity which is New York City, as well as our Home.  We thank all of those who performed magnificently in celebrating their ethnic pride whether it was Spanish, Korean or Haitian.

In between these performances, Mother General was presented with several mementos of New York City including a small replica of the Statue of Liberty, as well as an official work shirt courtesy of the FDNY.

The show continued with a re-enactment of the founding of the Little Sisters of the Poor in Brooklyn over 150 years ago.  The re-enactment was complete with authentic dress from the period and was performed by our Residents and Staff to the narration of our own Peter Fata.

The show concluded with all performers returning to the stage to join a recording of Neil  Diamond singing “Coming to America”.

Mother General’s remarks after the show expressed her sincere thanks for such a wonderful show to welcome her to New York. 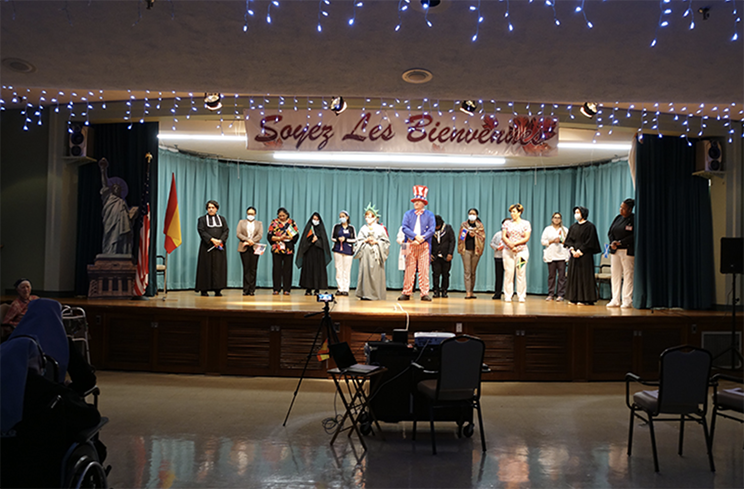 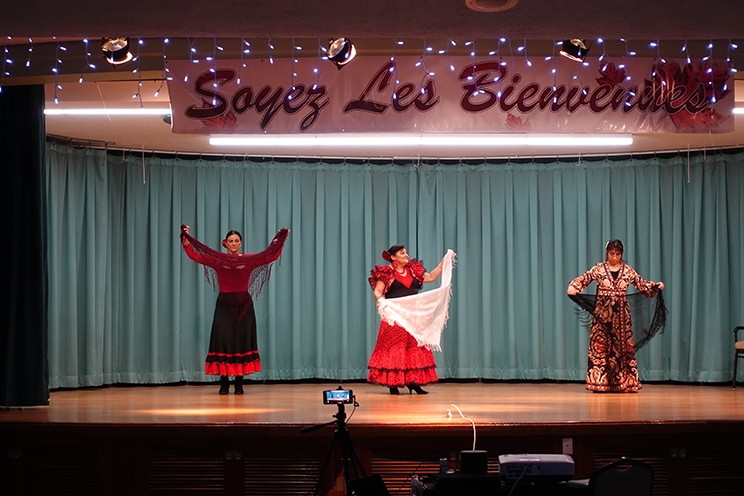 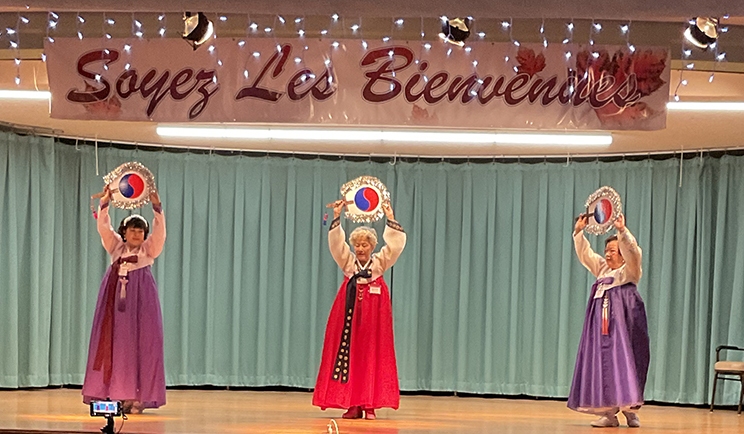 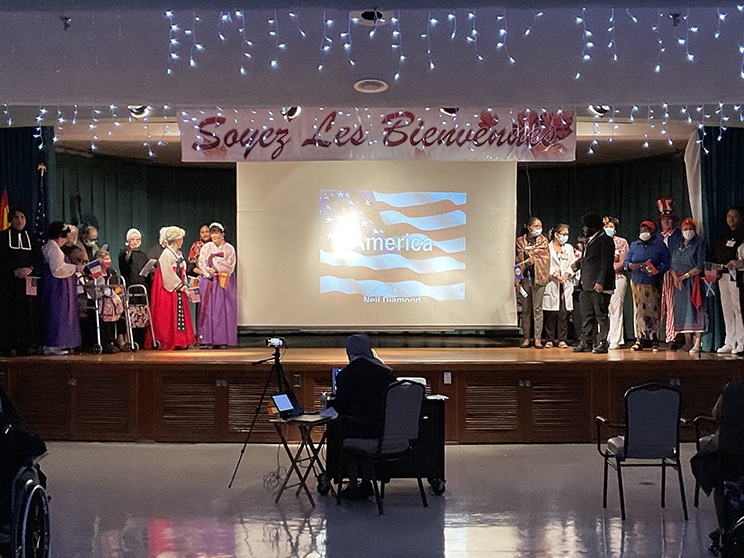 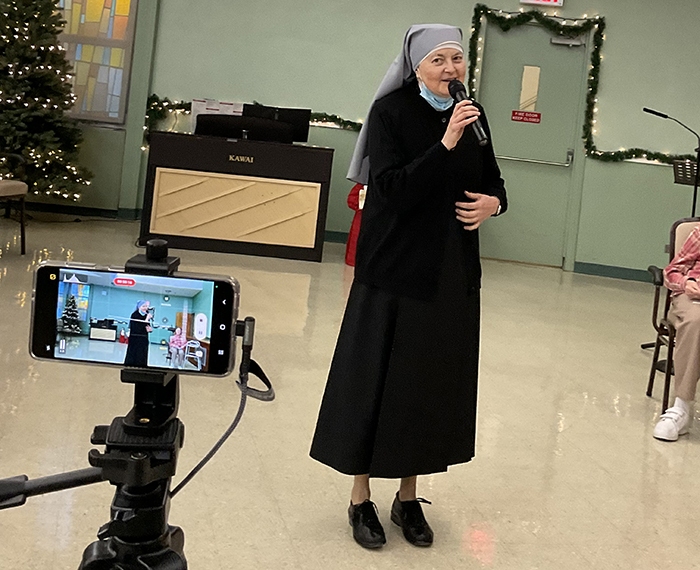 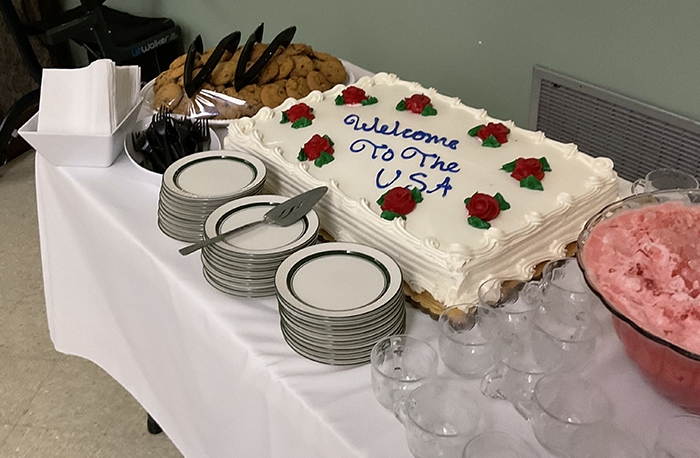